EBOVAC2: Getting up to date

The EBOVAC2 project is one of twelve projects funded under the IMI Ebola+ program that was launched in response to the Ebola virus disease outbreak in West Africa in 2014-2016. Through several clinical trials conducted in Europe and Africa, the EBOVAC1, EBOVAC2 and EBOVAC3 projects will assess the safety, tolerability and immunogenicity of different schedules of a vaccination regimen against Ebola Virus Disease (EVD).

How? To expedite the development of a candidate heterologous two-dose prophylactic vaccination regimen against EVD, several clinical studies have been carried out in parallel and are coordinated by separate teams: EBOVAC1 (Phase 1, Phase 2 and Phase 3 large scale safety and immunogenicity studies), EBOVAC2 (Phase 2 studies) and EBOVAC3 (Phase 2 and 3 studies).

What? In the Phase 2 studies of EBOVAC2, a heterologous two-dose vaccination regimen of Ad26.ZEBOV developed by Janssen Vaccines & Prevention B.V., part of the Janssen Pharmaceutical Companies of Johnson & Johnson as the first dose, and MVA-BN®-Filo, developed by Bavarian Nordic and licensed to Janssen, as the second dose. The first dose is intended to elicit an initial immune response. The second dose is designed to stimulate the level of the body’s immune response further.

Who? The EBOVAC2 consortium brings together industry and academic stakeholders: Janssen, as the regulatory sponsor and project lead, the French Institute of Health and Medical Research (Inserm) as coordinator, and the University of Oxford (UOXF), London School of Hygiene & Tropical Medicine (LSHTM), Centre MURAZ (CM) and Inserm Transfert (IT) as members.

To find out more about EBOVAC1 and EBOVAC3, view the website. 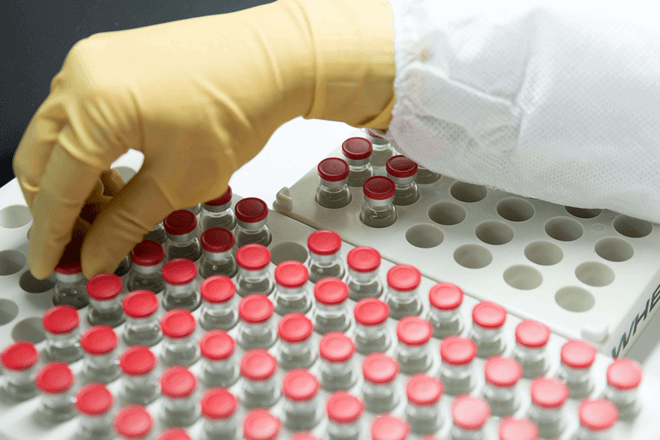 This project has received funding from the Innovative Medicines Initiative 2 Joint Undertaking under grant agreement No. 115861.
This Joint Undertaking receives support from the European Union’s Horizon 2020 research and innovation programme and EFPIA

By continuing your navigation, you accept the deposit of third-party cookies intended to offer you videos, sharing buttons, content uploads from social platforms. Learn more

This site uses cookies to ensure its proper functioning and cannot be deactivated from our systems. We do not use them for advertising purposes. If these cookies are blocked, certain parts of the site will not be able to function.

This site uses audience measurement and analysis cookies, such as Google Analytics, in order to evaluate and improve our website.

This site uses third-party components, such as NotAllowedScriptReCAPTCHA, Google Maps, which may deposit cookies on your machine. If you decide to block a component, the content will not be displayed